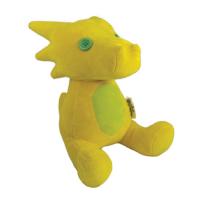 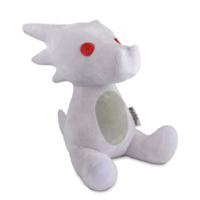 What Pumpkin Studios – production company and purveyor of fine goods for the extraordinarily popular webcomic MS Paint Adventures, created by Andrew Hussie. In addition to supplying hungry fans with clothing, artwork, and other cool things, What Pumpkin also operates as a record label, with over 20 albums released (as of 2013).

What Pumpkin wanted to offer something extra special to fans contributing to the Homestuck Adventure Game Kickstarter campaign. Now, let me tell you about Homestuck...

The series Homestuck is a part of the MS Paint Adventures collection of webcomics, but to describe it as such doesn’t do it justice. Homestuck is more of a bonanza of illustrations, Flash animations, music, and interactive games. Its complex world and epic story has been likened to a modern Ulysses. It is the longest and arguably one of the most popular webcomics, attracting well over half a million unique visitors every day.

There’s no question about the dedication and loyalty of Homestuck’s fans, who are as numerous and intense as the webcomic they love. When What Pumpkin launched a Kickstarter to fund a Homestuck video game, it was an opportunity to reward fans and backers with a gift that was truly exceptional.

What could be more exceptional than real-life versions of the very same plush toys featured in Homestuck? Scalemates, the lovable dragon plush dolls, were an easy choice. What Pumpkin decided to bring two scalemates to life: the reprehensible felon Senator Lemonsnout, and the loyal sidekick Pyralspite.

The concept was finally decided! WH4T NOW?? After What Pumpkin provided turnarounds of the two characters, Happy Worker set off on creating prototypes. Several rounds of revisions were necessary before the details were just right – nailing perfect symmetry on the frills was a challenge! Slight design modifications were also made to ensure that the especially detestable senator and his slippery scalawag counterpart could both sit up properly, to reflect their appearances in the comic. After What Pumpkin designed the hang-card and seam tags, the duo was set to be produced en masse!

Senator Lemonsnout’s deceit stank, but these plushies sure didn't! Both toys were life-sized replicas, proudly sitting at 11” tall and constructed of extra-huggable super-soft fabric. Hang-cards and luxurious woven satin tags were attached, along with shiny button eyes. Once all the scalemates were produced, Happy Worker shipped them to What Pumpkin’s warehouse, where they would wait to be delivered to loyal fans.

As for the Homestuck video game Kickstarter campaign: with the help of nearly 25,000 backers, the project reached its goal of $700,000 in just over 30 hours – the comic would soon become a video game. By the end of the campaign, a whopping $2.4 million was raised – over three and a half times its goal! Photos of the scalemate plushes were featured prominently on the campaign page, and fans hoped for news that this highly desirable merchandise would be made available for sale in the near future.

I think the Scalemate plushes came out especially great. They are of almost impossibly high quality for something produced in bulk.