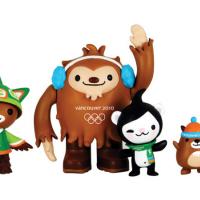 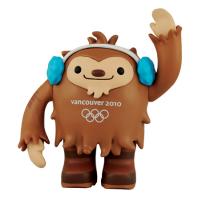 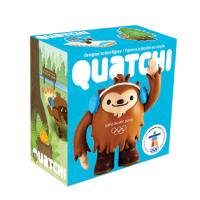 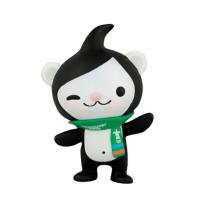 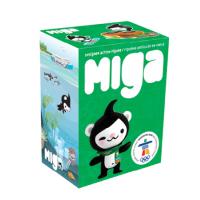 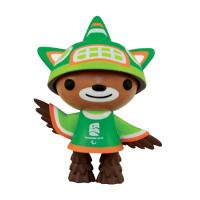 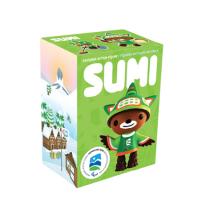 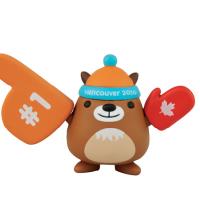 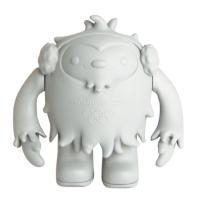 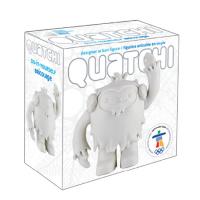 After a lengthy process Happy Worker was selected as an official licensee for the Vancouver 2010 Winter Olympics. Collaborating with the organizing committee’s creative team, Happy Worker designed, prototyped and created a line of vinyl toys featuring the 3 official mascots - Miga, Quatchi, Sumi - along with their mini sidekick Mukmuk.

With their design and style the vinyl figures blended the lines between toys and works of art, and pushed the standard in Games merchandise. The toys were well received by toy fans and Games fans alike and were a favorite of the organizing committee’s creative team. They became one of the top selling items at the official Olympic stores, toy shops and independent gift stores.

Development, production and logistics schedules were incredibly demanding leading up to and during the Games. But in the end, toy happiness was shared by all.

The designer vinyl toys feature the 3 official mascots - Miga, Quatchi, Sumi - along with their mini sidekick Mukmuk. The 3 official mascots were available individually. Each action figure has playable, moveable parts. Depending on the mascot arms may move, heads turn and/or feet swivel.

Quatchi is one of the official olympic mascots of the games. He's a friendly, fully poseable sasquatch with moveable arms, hands, and legs. While he's shy and often hangs out in forests, Quatchi will happily join you in your travels to new places. He's also a big hockey fan and loves to play goalie... though his toy-sized figure isn't quite big enough to fill a hockey net.

Miga is one of the official olympic mascots of the games. She's a playable sea bear figure with moveable fin-arms and a swivelling head. Just what are sea bears? They're orca whales that turn into bears when they come onto land. But Miga got stuck so she's now part orca and part bear! Be sure to bring Miga along if you're going surfing, snowboarding, or doing anything fun and exciting!

Sumi is the official paralympic mascot of the games. He's an animal spirit figure with furry legs that turn and and a head that swivels. As you can see from his action figure Sumi is quite an unique critter. He wears the hat of the orca whale, has the wings of the thunderbird and the furry legs of the black bear. Sumi loves the outdoors, alpine skiing, and flying over the mountains with his friends on his back.

The 3 official mascots are also available together as part of a special collector's set of 4 figures with an exclusive Mukmuk figure. Mukmuk has a special foam finger accessory to cheer all the athletes at the Vancouver 2010 Olympic and Paralympic Winter Games.

Mukmuk is the much loved sidekick to the mascots, and is a marmot who lives on Vancouver Island. While he's the smallest figure, he loves to eat and cheer his heart out. Bring Mukmuk with you to the games to help you cheer!

Mukmuk comes with a special foam finger accessory to cheer all the athletes at the Vancouver 2010 Olympic and Paralympic Winter Games.

*Mukmuk is exclusive to the Collector's Set, and is not available individually*

Quatchi is also available as a blank white "do-it-yourself" figure.

This limited edition "Do-It-Yourself" DIY Quatchi is a blank white version of the Quatchi designer action figure. He's a blank creative canvas for painting, sketching, and any big artistic ideas.

More about the Mascots