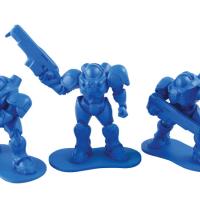 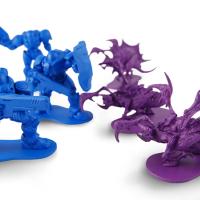 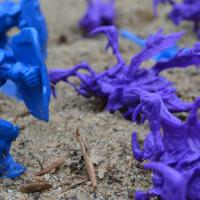 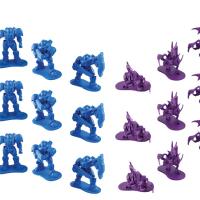 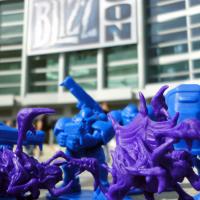 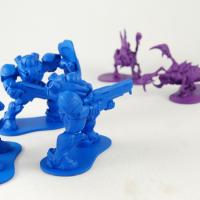 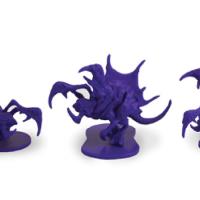 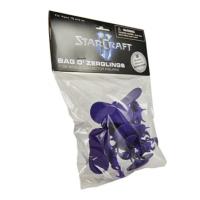 Blizzard Entertainment is the developer and publisher behind some of the most popular video games in the universe: World of Warcraft, StarCraft, and Diablo. Blizzard’s team is filled with designers and developers who live and breathe gaming, and who always have fan happiness in mind. BlizzCon, Blizzard’s home-grown gaming festival, is an annual celebration of Blizzard’s games, their fans and the global communities that have grown around them. Imagine 25,000+ gamers from around the world coming together for two days of hardcore gaming, chatting with Blizzard’s developers, competing against one another – oh, and some partying, too. The festival is one of the hardest to get into – tickets sell out in less than an hour – and it’s known for its crowds of costumed attendees, intensely serious gaming tournaments, and the amazing new merchandise launched at BlizzCon each year.

Each year Blizzard ups the ante at BlizzCon. On top of the year’s big new game releases and the awesomeness of the show itself, Blizzard’s crew pushes themselves to delight their fans with ever cooler collectibles, toys, and merchandise.

For their top selling title StarCraft II, Blizzard wanted to launch a fantastic "army men" toy set... one that would inspire colossal desktop battles and whose detailing would blow away all other plastic toy armies.

Standing roughly 2.25” (54 mm) tall, the Marines and Zerglings vinyl mini figures are now battling it out on gamers’ desks, in their homes and around workplaces.

Blizzard and Happy Worker started with a simple toy battle plan – to excite StarCraft fans with some of the most detailed figures ever in the toy soldier "little green army men" genre.

After considering different design approaches – traditional hand sculpting in miniature, digital modeling, and a combination of the two – we decided to focus on digital modeling with some minor rework by hand. This enabled the figures to stay in their native format and simplified creative reviews, while speeding up our development schedule. 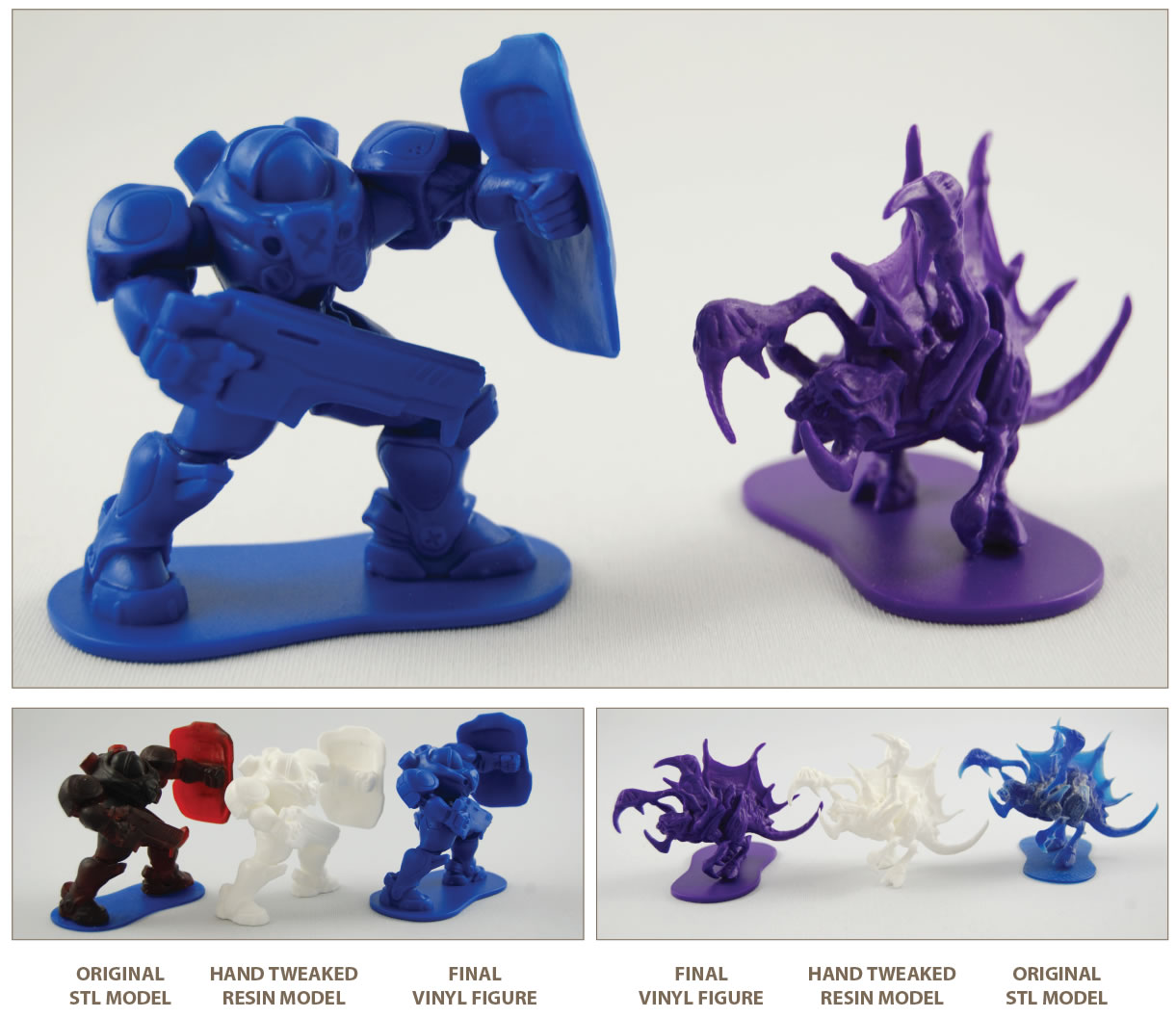 Blizzard’s designers began by adapting the in-game characters into detailed 3D models. Working in ZBrush, digital models of the 3 different Marines and the 3 different Zerglings were created to form the basis for the toy set. Each figure’s fighting stance was carefully posed so the figure would be moldable and producible in vinyl, while preserving as many details as possible and minimizing part lines.

Next, our happy sculptor Raven Hood added oodles of toy TLC, tweaking & amplifying details to work best for 3D prototyping and engineered each figure model into separate parts. Pushing stereolithographic resolutions to the max, we performed some wizardry with a combination of Perfactory and ProJet equipment to create richly detailed "at scale" 2-inch tall prototypes. Additional nitpicky engineering fine-tuning was done to the models by hand, resulting in final toy prototypes that were combat ready!

The production molds (also called “tools”) were created for the figures - and then toy making began! The figures were made in a few different parts, and these were carefully hand-assembled and glued together.

Next, polybags with printed header cards were designed & created to house the figures – a tribute to the classic retro packaging style of “Army Men” toys from the 1950s. Working through "impossible" deadlines, we put packaging into overdrive and were happily able to get the figures packaged & at the big ball in time.

The final toys were sent directly to Blizzcon for the launch of toys as well as to the Blizzard Store warehouse, where toys purchased after the show through Blizzard’s online store ship-out.

Everyone is very happy with the level of detail.

A copy of StarCraft was taken into space on the shuttle Discovery during its first docking mission at the International Space Station in 1999.