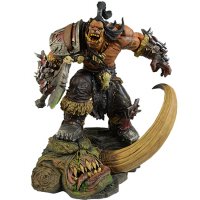 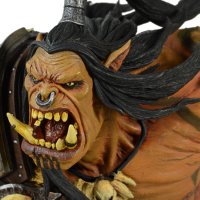 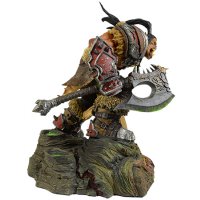 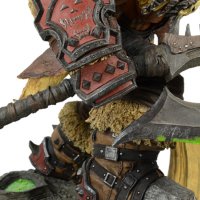 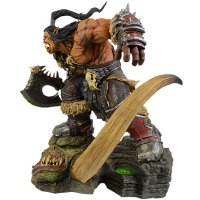 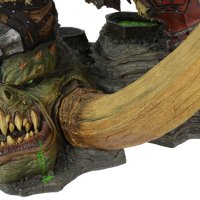 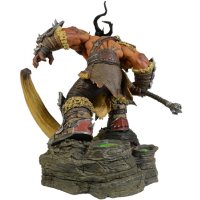 This statue captures the moment after Grommash "Grom" Hellscream, chieftain of the Warsong clan, defeats the enslaving demon Mannoroth. Alongside his brother-from-another-mother, Thrall the Warchief, Grom sets forth to free the orcish Horde from the decades-long curse that was laid upon them. In Ashenvale, they defeat the monster in an epic battle for autonomy and freedom that will be forever remembered by friend and foe alike. Glorious in the light of their victory, Grom lets out a fierce battle cry that reminds us of the ferocity of the orcish Horde, and the lengths that its heroes will go to for liberty. After this triumphant moment, Grom sacrifices himself by taking the full blast of Mannoroth's exploding corpse, paying the ultimate toll for the freedom of his people.

Recreating a part of Grom's legacy was a privilege for us, and we hope that fans enjoy him as much as we have! Standing ~18" (~45.7cm) tall and weighing ~25 pounds, he's made from resin, vinyl, metal, magnets.. and 100% ferocity. Delivered in 6 pieces, you can take part in bringing this warrior to life! Grom was designed with extreme attention to detail by Blizzard artists and developed by Happy Worker to be the ultimate statue without compromise. Standing atop the bloodied head of Mannoroth, he's here to conquer homes and desks.... for the Horde!